My Kid's Got Mad Jokes

In the struggle from infancy to childhood and, eventually, adulthood there is a sacred rite of passage; universal and fundamental to human kind.
The joke.
Elusive and complex in its formation, compounded by its dependence on timely delivery and sensitive inflection, the joke is the gateway from infancy to the great mystery of the infinite beyond.
And let me tell you, people, we haven't gotten there yet.
I had no idea the level of eyeball shrinking hollowness that could be attained by an afternoon spent in the company of a burgeoning joke-teller. Even the most devoted admirer will descend through polite, parental har-har's to catatonic non-responsiveness within minutes of encountering the fledgling's attempts to soar into joke-telling maturity.
There are many inherent difficulties to decode. For instance, the subtlety between telling a joke and "just joking."  The paradoxical incompatibility of these two para-homonyms is confusing and disheartening.
Knock knock.  Who's there? Tree. Tree who?  A tree fell on your car.  What?!  Just joking!!!
Nope.
Also startling is the failure of the form of a joke to manufacture humor while simply delivering factual information.
Why does a car drive down the road? Because it has wheels!!!!
??
Nope.
So, I will engage in the sacred rite of passage; universal and fundamental to parenthood...
I will buy my kid a joke book. 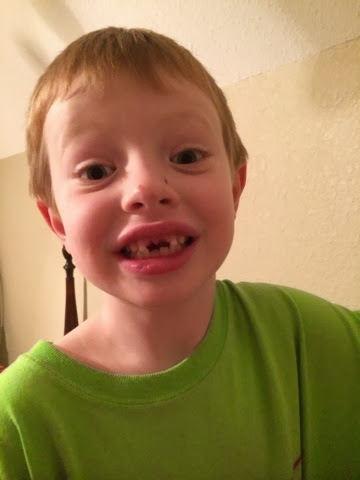